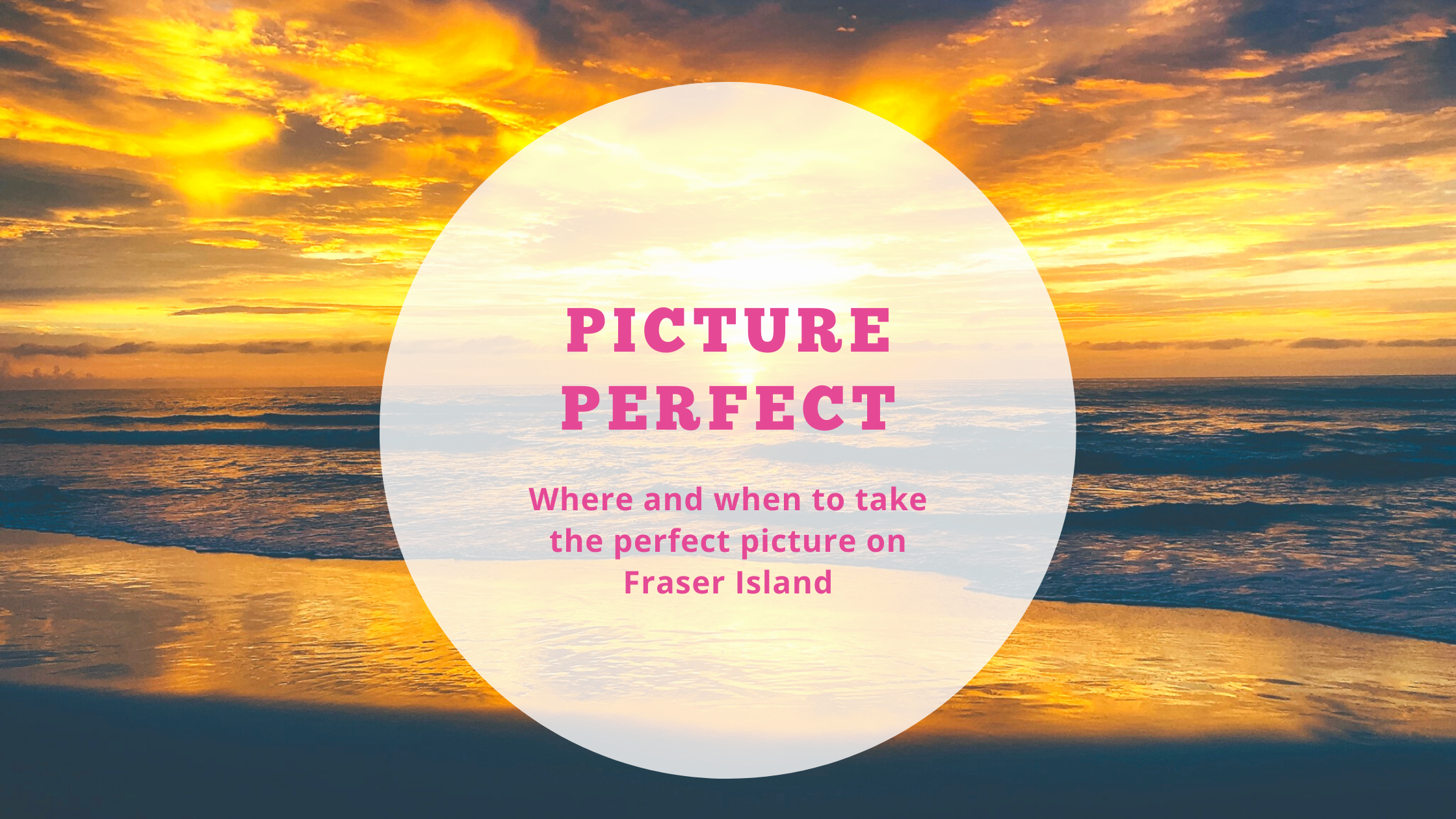 See the most picturesque locations on your trip to Fraser Island with Fraser Dingo 4WD Adventures!

Fraser Island, located in Queensland, Australia, is not only known for being the world’s largest sand island or being a World Heritage Listed site but for also being a place that contains some of the most picturesque locations. Whether you are a professional photographer or someone who enjoys taking photos as a hobby or for memories, Fraser Island is the perfect place for the perfect photo.

Located just over 6km southeast of Kingfisher Resort, the most famous lake on the island for its pristine white beach and crystal clear waters is Lake McKenzie. It is one of the most popular locations for photographers on the island and stunning photos have been taken both from the beach and from the air with a drone! Lake McKenzie is visited on all of our hires and majority of our tours. 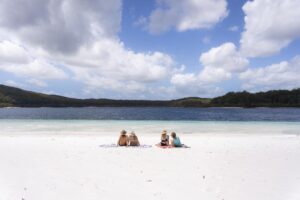 These naturally formed rock pools are a unique attraction for visitors to Fraser Island due to their sandy and shallow swimming holes so close to the ocean that waves renew the pools with water. Located just north of Indian Head, Champagne Pools can only be seen on 3 or more day trips due to tides. Pictures are often captured from the stairs leading down to the pools in addition to the beach and on the edge of the pools. Some picture perfect shots have been taken here where the waves can be seen splashing over the rocks into the pool. 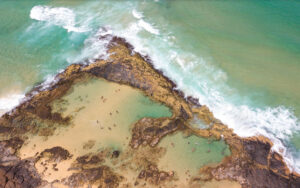 Being the most easterly point of Fraser Island Island, Indian Head is the location to be and is where thousands of tourists visit every year. Looking out to sea, an abundance of wildlife can be seen that include but not limited to turtles, manta rays, sharks and even whales in the migrating season! From the look out, not only do you have stunning views of the ocean but of 75 Mile Beach too due to the 240 degree panoramic views. Certainly a landscape picture waiting to be taken!

Located on 75 Mile Beach, the Maheno Shipwreck is the most famous of the Fraser Island wrecks that washed up on the eastern beach after meeting a storm on the way back to Japan. Maheno was a hospital ship in World War 1 and was used for bombing practice by Z Special Unit and the Royal Australian Air Force in World War 2. The shipwreck can be seen on all hires and tires that are 2 or more days and if tides permit, can be seen on 1 day hires too. 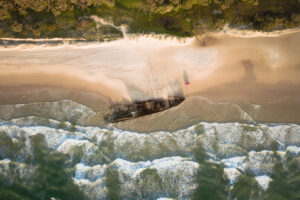 The eastern beach, also known as 75 Mile Beach stands to be a picturesque location at dawn and dusk as well as at night! With an uninterrupted view of the sunrise over the ocean, you could not ask for a better start to the day on Fraser Island. While the sun sets on the other side of the island, the sky lights up in sunset colours of the beach creating that sunset glow that turns out magnificently in photographs. If you’re camping or staying at accommodation near the beach and you’re into night photography, there is no better place than Fraser Island to capture the night sky in the southern hemisphere. Apart from the moon, there are no street lights to get in your way of appreciating the Milky Way has to offer!

Displaying the evolution and growth of Fraser Island, the Pinnacles Coloured Sands on Fraser Island are visually one of the most historic places on Fraser Island. Weather effects such as wind and rain along with the fusion of sand and clay form the natural phenomenon and represent the history of the island. Found on the eastern shore of the island and just north of the Maheno Shipwreck, there are 72 colours to be seen in the Pinnacles. With the different colours easily seen, it is an opportunity for some great photos to show off the island’s natural attraction. 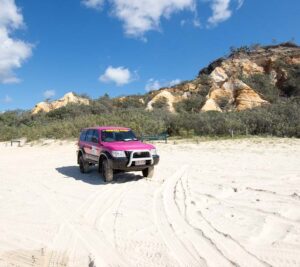 If you are staying at Kingfisher Resort, there are plenty of opportunities to capture the perfect sunset photograph whether it be from McKenzie’s Jetty or the pier. With Kingfisher Resort being the closest place our hire 4wd’s can go to the western side of the island, seize the moment and take the perfect picture!